The Graph That Reminds Me Not to Gamble

I’m a believer in reminding myself about my past so I don’t need to relive my mistakes in the future. In this post, I share a reminder that has helped me to overcome gambling thoughts or urges.
A few years ago, I was on a lunch date with my wife when the topic turned to my gambling days.

“Do you still think about gambling?” she asked.

There was so much to unpack in such a simple question.

“Sure, all the time” I responded, “but it’s different now.”

I pulled out a pen and started drawing on the paper placement. It looked something like this: 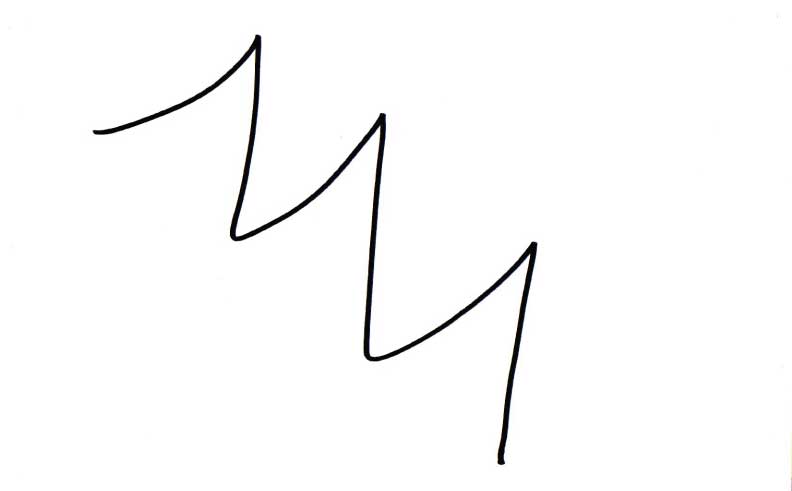 I’ll get back to the graph shortly, but first here’s a little background.

It All Starts With a Win

Like most compulsive gamblers, there was a time when I hit it big.

For me, it was a one-month run at the online poker tables where I had turned $100 into $4k. Not a bad month for a college student.

That month left an imprint on me that would be hard to erase. Whenever I considered making another deposit, my mind would always travel back to the success of that month. I had done it once and would do it again.

It was actually somewhat rare that I would make a deposit and instantly lose all my money.

In fact, just the opposite would occur. I’d be disciplined at the tables and $100 slowly became $500, then $1,000, then $2,000. Pretty soon, I had been down this road so many times that I knew there was a good probability of history repeating itself.

“It Will Be Different This Time”

Though I would win for short stretches, I had a fatal flaw that was always my undoing.

In poker, tilt is a state of being where you lose control and discipline and begin making irrational plays. Tilt was usually the result of a a bad beat—losing a hand I was mathematically favored to win. When I went on tilt, I would get mad and start trying to extract my revenge on the other player.

As you can imagine, this didn’t end well.

In fact, it always ended the same way with me losing everything I had and then dipping into my bank account and emptying it as well.

Back to the Graph

So what was it about the graph that was so revolutionary that it helped me to deal with gambling thoughts or urges?

You see, when I look at the graph I see the full picture. Sure, I see the stretches of time that I am winning and my money is increasing.

However, I also see those periods of tilt in which the upward trend does a complete turn and goes straight down past my initial starting point to a whole new low.

I also see that the next time I start, I’m no longer at zero. Instead, I’m starting in the hole. Rinse and repeat and over time you see my life as a gambler filled with stretches of wins, but ultimately ending in a giant loss.

This is my reality when it comes to gambling and acknowledging it was freeing. I was a loser on the table and the longer I played, the more I lost.

It’s easy to delude ourselves into thinking differently, but seeing the graph keeps me grounded in reality. The moment my mind tries to remind me of the wins, I’m able to also see the losses and the thought or urge disappears.

When I was gambling, I only focused on the wins. In recovery, I’m able to see the full picture and as long as I continue to be able to see the whole story, I’m confident that I will have another successful day free from gambling.