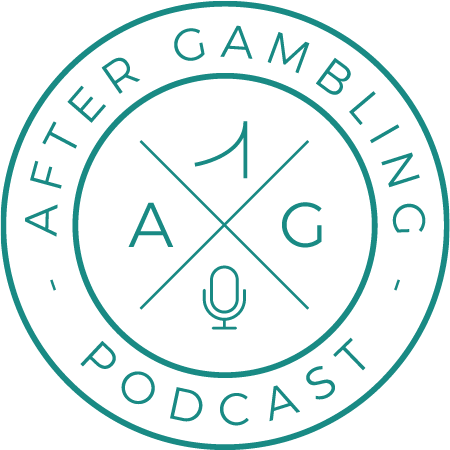 I think we can all agree that the preventative/responsible gambling campaigns need work. They miss the mark in a variety of ways and sometimes can just flat our suck.

What makes this more frustrating is that they are typically funded by the gaming industry. It makes you wonder if they aren’t terrible on purpose.

So what should we do when we see a campaign that misses the mark?

Oftentimes, these projects are done by regional ad agencies. The folks at these agencies don’t really understand compulsive gambling, so it’s hard for them to create great campaigns. While your input might not change the current campaign, it can definitely help to improve future ones.

Several years ago, there was a new campaign that really annoyed me. Here’s the note I wrote to the person in charge:

First, I thank you for taking the time to read my response.

Please know upfront that my response is written with the sole-purpose of extending the conversation on problem gambling, most notably the 18-34 year old male demographic, that is the target audience for the latest campaign.

As a 31 year old male, who spent 7 years of my twenties as a problem gambler, I am definitely a member of the target audience. I currently have 3.5 years of sobriety and am a member of a fellowship to help compulsive gamblers.

In my opinion, the new campaign misses the mark in several ways.

The primary imagery used in the campaign focuses on cute actions that are performed by those who lost a bet. There are images of men in ladies outfits,funny tattoos, and wearing enemy teams colors/shirts. In 3.5 years of attending our fellowship, I can’t recall one person who was attending due to similar events that resulted from losing a bet. All of the images shown would have been much preferred to the loss of money, family, friends, and self-worth that are most often the result of problem gambling. Losing a monetary bet isn’t the equivalent of your campus fraternity hazing. They really aren’t even in the same conversation.

Now let’s say I am wrong and the imagery works. It drives the 18-34 year old male to the website looking for information to determine if they have a gambling problem. This person is likely near “rock bottom” and is facing many of the effects of gambling listed above and finally after everything becomes too much for them to handle, and they decide to seek out help.

When they arrive at the site, the only information to help them answer the question of whether they are a problem gambler is buried (it took me awhile to find this information and I was looking hard) in the “view all signs” navigation bar. In the “galleries & submit story” section, instead of content they can relate to such as stories of others with similar problems and how they are dealing with them, they see more men in cheerleaders outfits. The result of their losing a bet likely means utility disconnection, checking the bank account balance to see if they can buy a Subway sub, or contemplating self-harm/suicide. Seeing these “cute” images doesn’t exactly comfort them and surely doesn’t help them. It’s like the millionaire complaining about he can no longer afford his yacht to the guy pumping his gas. There’s no common ground, simply resentment to someone that doesn’t understand their daily struggle.

Of all the misses, I think the use of humor is the biggest mistake. I love humor. I love humor in advertising. I don’t love humor in addiction advertising. To highlight the misuse, let’s replace problem gambling with alcoholism. Say the campaign used “I got drunk” as the campaign motto and requested pictures and stories from the public of their drunken adventures. Pictures of guys with their eyebrows shaved off, a girl wrapped to a bed in saran wrap, or party goers sleeping in their own vomit would be the user submitted pictures, along with stories of how the night unfolded. This would be the equivalent to what “I lost a bet” is currently using. Members of AA & MADD would be outraged at a prevention campaign that focuses on “cute” images of drunken escapades, and would point out that the campaign glamorizes a serious and dangerous problem. Need I say more?

I am struggling to find out exactly how the campaign intends to solve the problem. It does bring attention to the issue (this email being proof), but there doesn’t seem to be a solution. One could argue that campaigns like “I lost a bet” are not serious about helping individuals in the grip of this illness, and I think the points made above would support that theory. The article states that 1.5 million dollars of problem gamblers money was used to create these advertisements. I can only hope that they get more for their money from future campaigns.

As outlined above, I was your target market. While it’s possible I am an outlier, getting input from folks like myself would have raised red flags to a campaign like “I lost a bet” and would have greatly increased the chances of success. Every campaign should start with truly understanding the target market, their struggles and fears, and day to day life. Instead, the messenger ran with their idea, ignored the end-user, and the result is an ill-conceived one-way message, rather than a conversation.

I would be happy to discuss this topic in more depth with the hopes that by extending the conversation, hopefully we can work towards improved campaigns which will appeal to the target audience and get them the help they need.

Finally, I wanted to sign my name to this so as to avoid the role of a faceless critic. However, as a pledge I have with my fellowship, I would appreciate anonymity outside of our correspondence.

The next time you see a campaign you don’t like, find the creator and offer suggestions to improve future campaigns.