A Failed Attempt to Attack my Character

Last week, I tweeted out the following two tweets. I added the second to provide context and clarity to my original tweet.

For clarity, I have zero issue with GWL for accepting funding. I think it’s part of what needs to happen for real change to occur.

I only bring this up to highlight the hypocrisy that runs these parts.

What followed was 2.5 hours of an anonymous account trying to twist what was written in those two tweets as can be seen in several responses below.

The hypocrisy is not with GWL. It never was.

The hypocrisy is that so many on here 1) blast industry money as "tainted" and 2) support GWL (as they should), but don't criticize them for "tainted" funds.

What other conclusion can I draw other than that is a bit hypocritical?

The hypocrisy comes from a consistent buzz of "accepting industry money = shameful behavior" that has been on this site for well over a year from a wide-ranging group of accounts ranging from academics to EBEs to health professionals to advocates. https://t.co/Je0W8m1rCx

They haven't (nor have I implied they have) which further proves that people can 1) run an organization with funding that comes from the industry to increase reach 2) reduce harm.

You're proving the point I and others have made all along.

Aside from being exhausting, I really had no issue with these exchanges. The anonymous account tried to paint my words me into a corner (unsuccessfully) and eventually I tired and moved on.

Then, the personal attacks began:

You really are scraping the barrel salzburg. You stick with the industry puppets pushing their fake propaganda out ! Moral compass of a hyena. Too even question the ethics of this charity is abhorrent !

When your prepared to put a tweet out like Jamie Salzburg does even raising some point of funding and bringing a charity who have endured the most painful harm imaginable through gambling related harm then you call these abhorrent immoral people out. Very rare I block but 🤬

You’re a bit of a twat. So are those that like your inflammatory (as per screenshot).

If you want to politicise GWL’s Bruney money then you have made an enemy of me.

The last of which tries to also attack the character of those that liked this apparently extremely insensitive tweet that I posted (can’t make this stuff up):

1. Tweet
2. People add their own beliefs to your tweet
3. People argue that their reading of your tweet is more accurate than what you actually tweeted
4. Blocked

I’m pretty sure I don’t need to comment any further as the Tweets say enough. 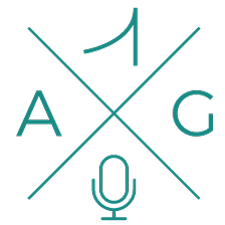 Getting to a meeting is the first step towards recovery.

FIND A MEETING NEAR YOU

Join my mailing list to receive the latest news and updates including new blog posts, podcast episodes and more.

Thanks for subscribing. Check your email to confirm your subscription.

Share This
We use cookies to ensure that we give you the best experience on our website. If you continue to use this site we will assume that you are happy with it.ACCEPT